Sit back, relax, and enjoy these iconic local hip-hop music videos from the last two decades!

Music videos have always been an integral part of the scene. Not only do they provide visuals, but they help a song reach a much bigger audience. Nowadays, we see new local rap videos drop almost every week. It was a different story from the 1990’s to the 2000’s. Because of the lack of resources and/or financial backing, only a few were produced. The ones that came out, however, still managed to put the genre on the map.

These are some of the most iconic Pinoy hip-hop music videos from the last two decades (listed in no particular order).  Most of them enjoyed considerable success upon release while others eventually gained recognition through YouTube. So just sit back, relax, and revisit these masterpieces that paved the way for the artists of today. If you’re new to the culture, this is certainly a great way to start.

The video for “Ito Ang Gusto Ko” highlights one of Francis M.’s biggest strengths: versatility. The King of Rap delivers his patriotic bars while the band provides the uplifting sound.  It also features old school dance numbers and various clips related to historic moments in the country.  If this is your first time watching this, prepare for a fun ride.

The official MV for Mastaplann’s hit single “Bring That Booty” is the epitome of 90’s hip-hop. It shows the group dropping bars in the streets and in their chill spot with an awe-inspiring showcase of breakdancing and turntablism. These scenes are proof that you don’t need fancy special effects to represent the culture.

“Juss Chillin’” became a massive hit not only because of the laidback production and infectious bars, but also because of the music video. We see the group having a good time with their homeboys and homegirls in the park. It’s a simple concept, but songs like this don’t really need a complex narrative to work. Sometimes less is more, and the “Juss Chillin’” video proved it.

Francis M. not only dropped a verse but also directed the MV for Death Threat’s single “Private Diane”. Apart from the well-shot posse scenes, it also includes clips showing the horrors of war. These images are able to provide a visual description of the group’s thought-provoking verses.

“I Go To Raves” goes straight to the point with its visuals. Krook, Jolo, and Kristyles (Trilogy) spit fire verses while partying in the club, chilling in the VIP, and driving around the city. The quick transition of scenes blends well with the song’s fast-paced vibe.

BB Clan together with Quiazy of Madd Poets tear it down in “Gigibain Namin ‘to”. The three lyricists showcase their rap skills in an abandoned part of a building, which they blew to pieces with dynamite. It’s most likely a symbolism of BB Clan’s ascent to the top of the local scene.

ILL-J, D-coy, and Tutay spit dope bars in the streets and in the club while Arbie Won showcases the art of DJing. The video also highlights the active graffiti scene in the country. Without a doubt, “Taken In” was successful in introducing other elements of hip-hop.

“Itsumo” acknowledges its influence by having Dice, K9, and Hi-C perform the catchy lyrics in a Japanese store. It then transitions to the group partying with their homies. The video’s fun vibe and 80’s-style editing are enough for it to be a hit.

“Tonight You’re Mine” has that laidback vibe, and the video did a good job maintaining it. 7 Shots rapped and sang the iconic song in a stylish coffee shop with each member getting a close-up shot. It’s simple, but perfectly executed.

Underground hip-hop juggernaut Pamilia Dimagiba raged against the machine like Zack and company for the music video of their track “Larangan”.  The crew shots and the grimy atmosphere are reminiscent of old Wu-Tang videos while the cinematic served as an honorable tribute to classic Philippine films. The narrative continued in their next project…

The supergroup, together with their comrades, delivers a fatal blow to the villains of the music industry in “Throne Of Blood”. Arbie Won’s hardcore production and PD’s murderous rhymes blended perfectly with the video’s intense fight scenes. Just like “Larangan”, the setting also captured the song’s gritty vibes.

It’s a glorious trip back to the 90’s courtesy of Pamilia Dimagiba, Ill-J, Dash, Caliph8, and Kemikal Ali. “’97 Style” features the emcees killing it in the booth with photos and clips of their hip-hop journey flashing along the way. This, along with “Larangan” and “Throne Of Blood”, is made by the legendary video production team called CornerEye. You will see more of them here.

Ill-J and Monique show their undying love for hip-hop in the “First Wifey” MV. We see the couple performing the track in the booth and in a room full of records that influenced the genre. It also includes footage of some of Ill-J’s live performances as solo artist, solidifying his legacy in the game.

It’s all about positivity in the “Feel Good” music video. Ill-J rocked the dope verses while chilling in a house party with his homies. Monique performed the lovely chorus while various artworks are flashing in the background. There are also clips focusing on the DJ and graffiti scene in the Philippines, making this an instant local hip-hop classic.

From the bright lights to the slow dancing, “On Your Own” is the representation of early 2000’s mainstream hip-hop videos. Majority of the MV involves Krook, Jolo, and T getting intimate with a lady on the phone, which is what the song is about. The scenes are well-executed, so it wasn’t surprising that “On Your Own” became an instant hit.

Krook gets personal in his single “Sometimes My Life Goes Wrong”. The music video features the rapper reflecting on his life from different locations. We see him in a support group, in his room, and in a jail cell. Props to the production team for successfully executing this deep concept.

Francis M. once again went back to directorial duties for the music video of Krazykyle’s “The Answer”. It smoothly switches from Krazykyle chilling with his girl to him rocking the stage. If you haven’t seen it yet, make sure you stick around till the end!

Krazykyle – “Say You Love Me RMX”

Krazykyle raps as he walks through the streets of Manila. He then buys a ring and heads to the hospital to give it to a fatally-ill lady, who turned to be the personification of hip-hop. The music video for “Say You Love Me RMX” is not only well-made, but touching as well.

Boom Dayupay and company introduced Pikaso to the public with this music video of “Tingnan Mo”. Here, the rapper spits his sick lines with various skyscrapers in the background. The simplicity was able to highlight Pikaso’s lyrical ability.

“Knock Knock” quickly caught the attention of hip-hop heads with its unique music video. While the concept of a man leaving a life of crime behind has been done multiple times, “Knock Knock” made it look fresh, thanks to guerilla-style filmmaking. Apart from his rap ability, Mista Blaze also showed his acting skills, particularly in the last scene.

The “Sinabmarin” music video successfully turned the hit song into an effective comedy short film. The scenes, with a few comedic elements added, played out exactly like it was on the song. It definitely looks like a classic Andrew E. movie.

“Jazzy Monday” features Artstrong and his band performing the song in a club that is reminiscent of the 1920s. It’s the perfect tribute to the golden age of Jazz. Kudos also to the editor for capturing the retro atmosphere.

Instead of a straightforward approach, the production team decided to go for a more figurative style for the “Lando” music video. It was just a minor change, and the song’s dark narrative and atmosphere remained intact. “Lando” is undoubtedly one of the most unique hip-hop videos made during that time.

Unfortunately, this list is still incomplete because the other videos are yet to be uploaded. Let’s just hope that one day they will finally resurface. Kindly let us know also if there’s something missing from this list. It feels so good to see Pinoy hip-hop remain active after 20 plus years. As long as we keep on supporting it as a whole, it will grow even stronger. 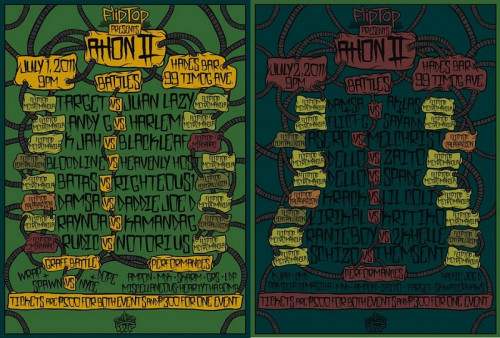 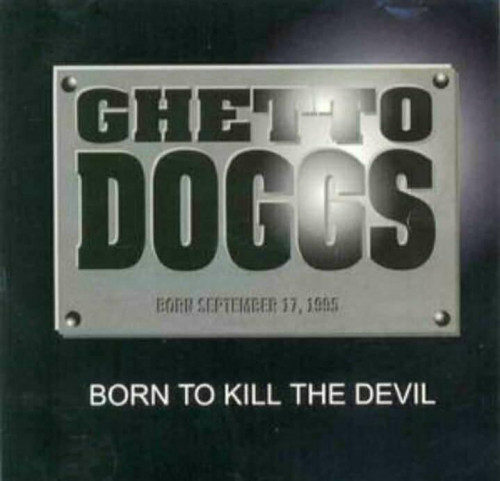 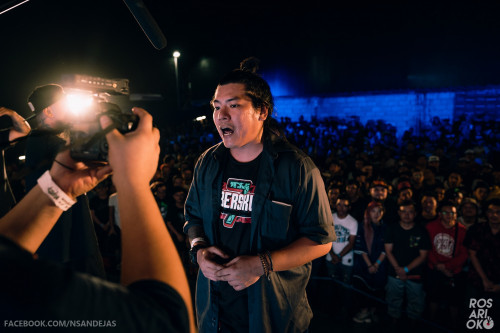 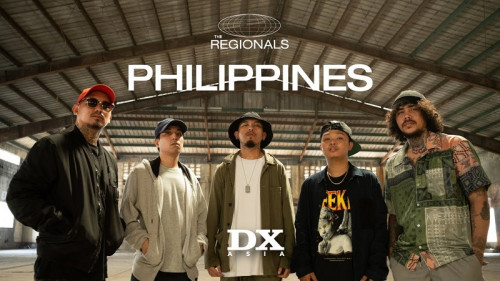 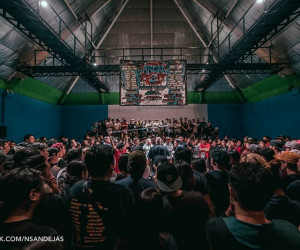 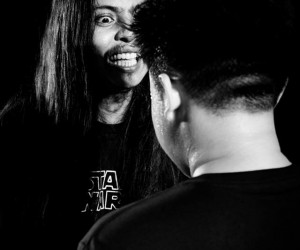 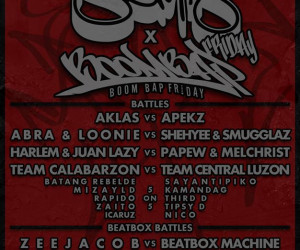 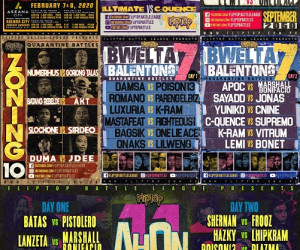 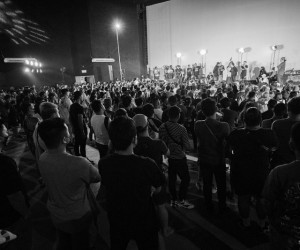 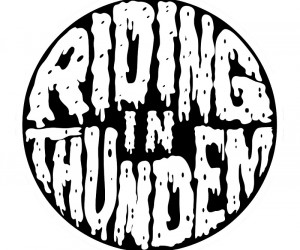 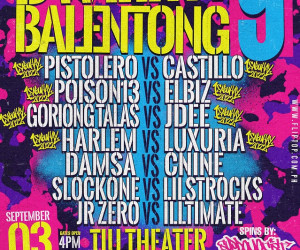