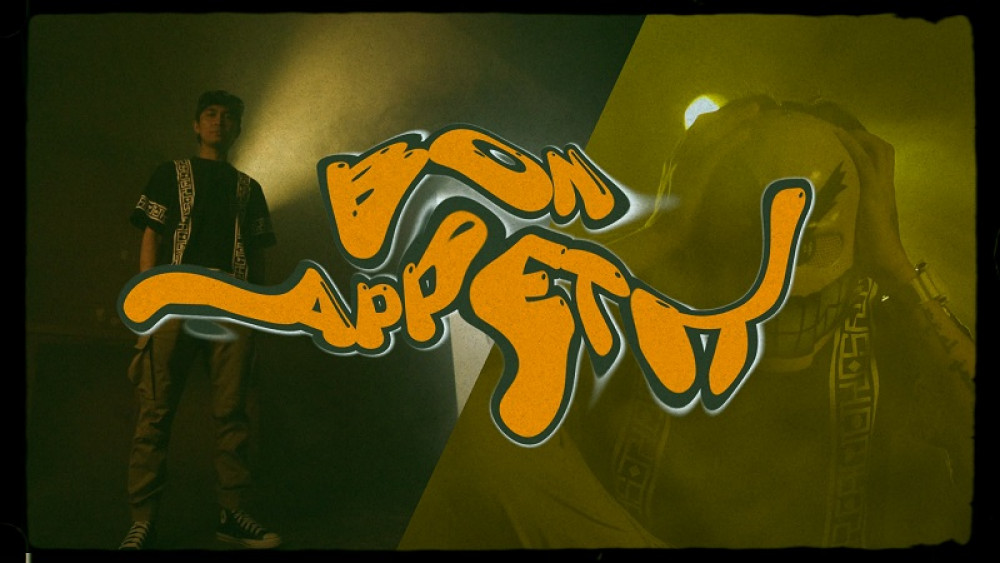 No one can deny Sinio’s monumental rise in FlipTop. However, his success in the league also led to various attacks online. “You can’t really rap”, “you can’t make music”, and “you don’t know how to spit on a beat” are some of his haters’ favorite remarks. The negative comments increased as the Joke King continued to be recognized not only in battle rap but in the merchandise game as well. He ignored them all at first, but everyone has a breaking point!

On the first of August 2022, Sinio released the music video for his song “Bon Appetit”.  It’s basically him serving a cold dish of revenge to all of his haters, including those within the industry. Is it worth checking out? Was it a successful retaliation? Find out in our review!

Sinio quickly went for the kill in the first few seconds of the song. His opening statement (“ako pa rin ‘to yung sinabihan niyong walang mararating, tignan mo naman yung karmang dumating”) is already a fatal blow to the naysayers. He started off with a melodic tone, but after 8 lines, he proceeded to showcase his rapping skills. To those who said he’s offbeat in tracks, this is where you accept defeat. Sinio proved in “Bon Appetit” that he’s as lethal as he is in a cappella. His flow worked perfectly with the instrumental, and you could feel his pent-up rage being unleashed in his delivery. Lyrically, he is more menacing than ever. There are so many punchlines in the song, Big L would be proud. Here are some of the most memorable lines…

“Taste your own medicine boy

The trap beat, which is produced by Mad Flow Music, perfectly captures Sinio’s aggressive lyricism. It’s equally hard-hitting, and can definitely make the crowd go wild when performed live. The Joker samples from The Dark Knight are also an ideal fit for the rapper’s character. While not groundbreaking, the production is still infectious from beginning to end.

The lighting in the opening scene gives the impression that this is your typical feel-good song. After Sinio explained the concept of the track, we’re suddenly transported to a gloomy world.  The majority of the video took place in an abandoned room, which can serve as a metaphor for Sinio’s dark side. We then see scenes of him wearing different creepy masks. Like the room setting, these masks could also symbolize the emcee’s different and more sinister personality. Shutterscape Studio deserves props not just for the visuals, but also for trusting the rapper’s vision for the song.

If you enjoyed his battles, you will surely enjoy “Bon Appetit” too. Sinio’s overall creativity in his lyrics is present plus he proved that he could hang with the top names when it comes to making music. If for some reason you’re not familiar with him, the song’s catchy rhymes and production may grab your attention. Give it a shot! Sinio’s haters will probably still say this song is wack, but don’t be surprised if they listen and bob their heads to this in private. The Real Jokes head honcho is here to stay, whether you like it or not.