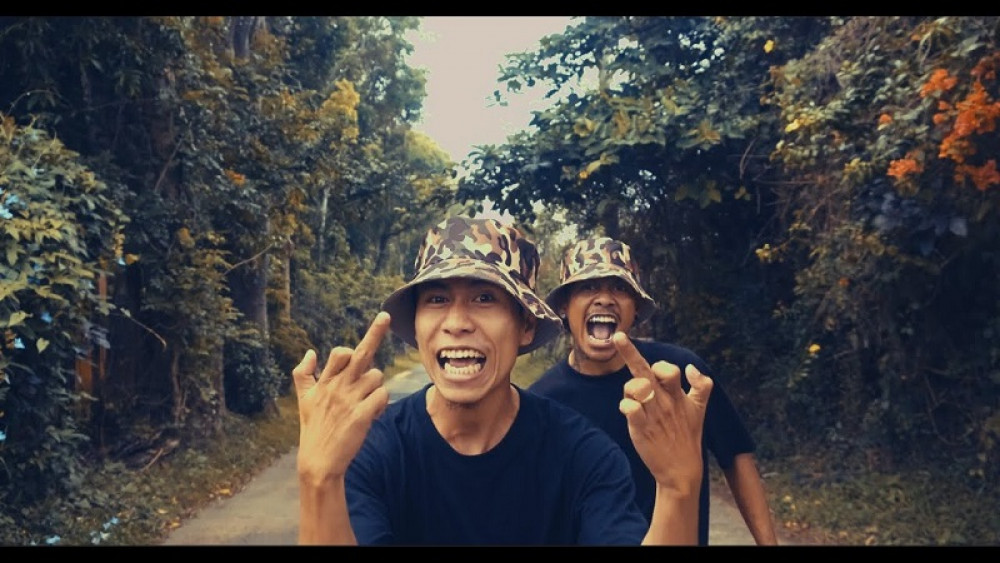 Palos and JMara from the underground hip-hop collective Morobeats once again showcased their brand of conscious rap in their latest single “Hunghang”. The official MV dropped on the 12th of April 2022 and has now reached over 3.5 million views. Is it a certified banger or an overrated project? This is our in-depth review of the song and the music video.

Palos talks about two kinds of people who abuse and manipulate the masses. The first ones are the spoiled rich kids who belittle the less fortunate. While they continue with their judgmental ways, they spend their parents’ money on nothing but material things and vices. The sad reality is most people still look up to them just because of their social status. The second ones are the abusive police officers. They vowed to obey the law, but when the cameras are off, they push through with their dirty, wicked tactics. The only individuals they’re protecting are the poor. It’s eerily relevant today.

The two verses are very effective thanks not only to Palos’ polished delivery and flow, but also to his brilliant imagery. He successfully painted a clear picture of the people he’s describing. You can already tell who he’s talking about just by the following lines:

JMara provided the chorus, and just like his hit single “Mahal Kong Pilipinas”, his writing skills truly shined. It’s a basic four-bar piece repeated twice, but because of his angry tone and clever choice of words, it became so powerful. After the first listen, don’t be surprised if it stays in your head for a long time. “Hunghang” benefitted greatly from Medmessiah’s production as well. His traditional boom bap style mixed with some modern flavor is a perfect fit for the song’s overall vibe.

Aside from the instrumental, Medmessiah also performed directional duties for the track’s music video. It’s a one-take shot, done masterfully by Jado, of the two emcees walking in the middle of the street and spitting their bars. The concept works well because while the scenes are impressive, it doesn’t distract the viewer from the theme of the track.

Morobeats has another masterpiece on their hands. “Hunghang” is an example of a well-constructed conscious rap banger. It sounds good plus it has a very important message. We definitely need more of these from our local artists. Expect the song to get even more attention in the coming days, especially with the current events. Do you agree with our review? Don’t hesitate to share your thoughts on the comments section.