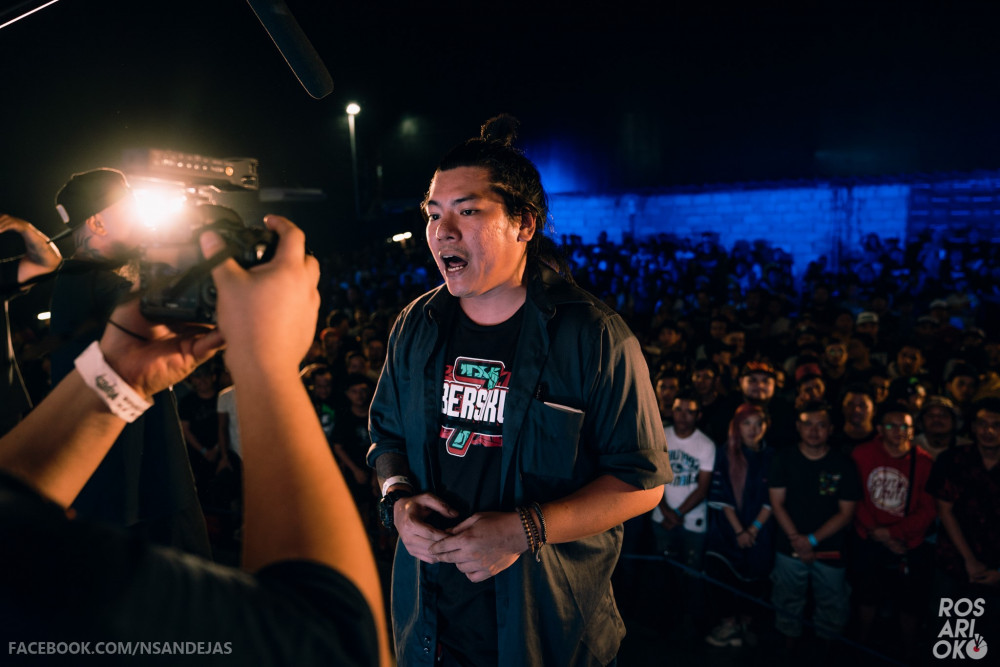 Ever since the inception of the official FlipTop website, we’ve seen fascinating videos such as Salitang Ugat, Plakado, Alyas, and the Pre and Post Battle discussions. Basically, it gave us more than just quality rap battles. If up to now you’re still wondering about the purpose of each one, let us enlighten you. Here are the reasons why you shouldn’t miss these segments.

This is where a certain emcee performs covers of his or her favorite tracks (local or foreign) with a Jazz band. As an added challenge, the songs shouldn’t be easy choices. For example, instead of “Lose Yourself”, it should be “Infinite” or “Just Don’t Give a F*ck”. Episode 1 featured Loonie and Dayaw performing “I’m Beaming” by Lupe Fiasco and “Heartz of Men” by 2pac. It was well-received, and many are already excited for the next one.

Plakado aims to highlight the performance ability of FlipTop emcees as well as the music of their biggest influences. It also provides outsiders a closer look at the genre of Hiphop. If you’re one of those who only discovered rap through battles, this segment might make you appreciate the music even more.

Das Wak features FlipTop emcees enumerating everything they dislike around them. Whether it’s a person, thing, or situation, nothing is exempt from being called “wack” in this series. While it’s true that this is mostly for comedic purposes, it also shows the ills of not only the music scene, but society in general. The main goal of Das Wak is to urge everyone to stand up and call out what they think is wrong with their surroundings.

We’ve seen their battles and heard their tracks. Now, it’s time to get to know them more. FlipSides is a behind-the-scenes look at the life of FlipTop emcees. If you’re wondering how your favorite rapper got into battling and music, then this is the place for you. It’s where you will learn about their history, influences, and future plans. They also offer advice to those who are just starting out in the game. Apoc and Sak Maestro already made their appearance at FlipSides .

While FlipSides is about the emcee’s entire career, Salitang Ugat focuses on the origin story. It’s where rappers share the albums and artists that inspired them to rap. For the non Hiphop heads, this is the perfect opportunity to explore the long history of the local scene. Smugglaz and Sak Maestro have already been featured here. Stick around for the next uploads.

Did you miss the battles live? Do you want to know the strategy of the emcees and how they prepared for their bout? The pre-battle interview is certainly a must-watch. Like in sports, it’s a great way to hype you up for the game. You can expect to hear some psychological warfare, trash talks, and a few humble thoughts.

As for the Post-battle interview, it gives the competing emcees a chance to share their thoughts about the match. If a certain rapper had a terrible performance, this is his or her moment to explain why it happened. Each one will also update viewers on their plans going forward.

For the keyboard warriors out there, better thank the FlipTop staff for your 15 minutes of fame. UnggoYan is where emcees read various hate comments online and retaliate. The battle rap atmosphere is often intense, so it’s good to have a laugh once in a while. Each episode serves as proof that rappers don’t really take these remarks seriously.

So, what’s the story behind the name of these emcees? Alyas is more than happy to answer it. Watch and listen as each rapper tells the tale about the formation of their monikers. You will see just how creative they are, and probably learn a thing or two about their background. Only 1 episode has been uploaded so far, but of course, there will be more.

Make sure you tune in for the future episodes of these amazing shows. FlipTop certainly has a lot in store for you all when the pandemic ends. Peace and stay safe!