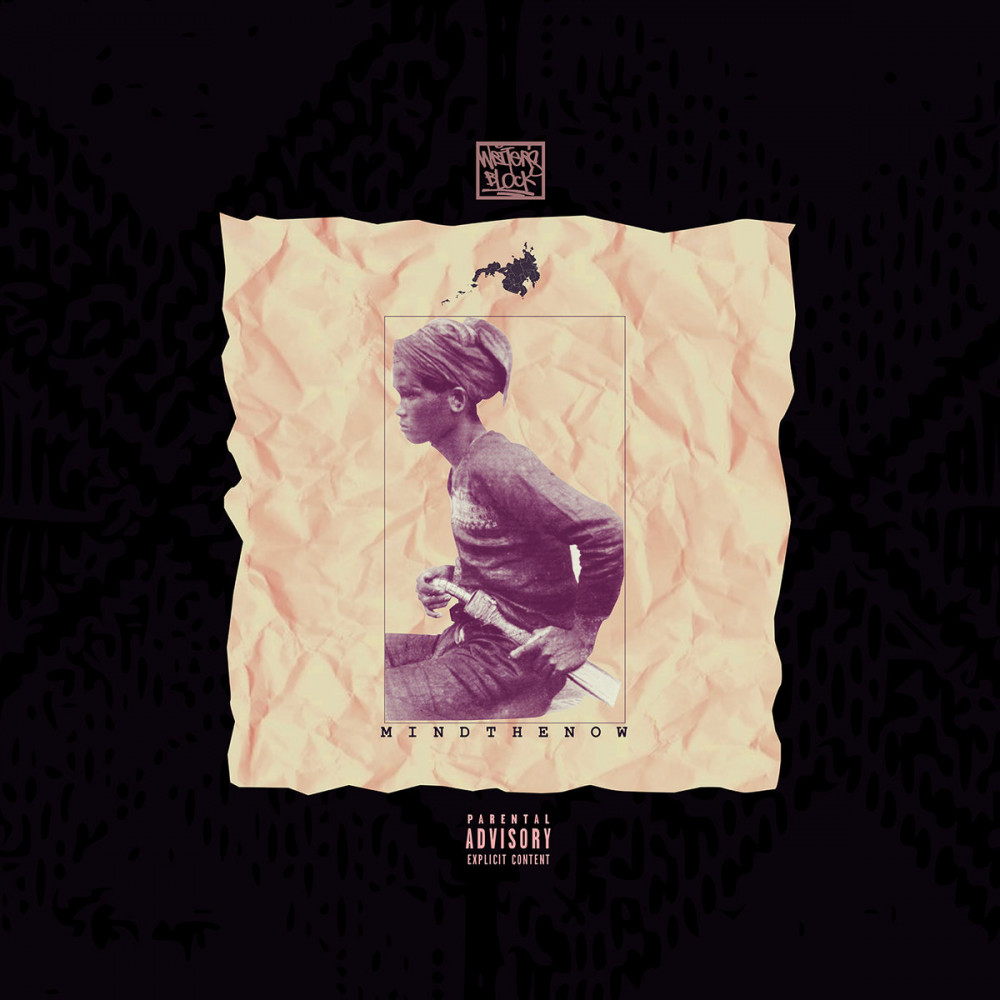 Writers’ Block was established in January of 2015 by veteran and up-and-coming emcees. Its purpose is to provide practitioners of the culture an online haven to share their compositions, collaborate, or just discuss anything and everything about hip-hop. One year later, the group released the critically-acclaimed compilation album entitled “Clarion Call”, which features mostly Manila-based rappers and producers. Not to be outshined by their comrades, WB’s Mindanao chapter decided to follow it up with “Mind the Now” in March of 2018. The title was inspired by the phrase popularized by FlipTop battle emcee Sak Maestro, and while he’s absent in this project, the lineup is still a promising one. So, did this album elevate Mindanao’s hip-hop scene even higher? This track-by-track review will hopefully answer that question. Keep in mind that this piece is solely the writer’s opinion, and does not reflect the view of the rest of the FlipTop staff. Without further ado, let’s begin…

Mind the Now starts off with a classical boom bap instrumental from Davao vet Jon Game. Even without a single verse, Magic Forest succeeds in giving the listener a glimpse of what to expect in the whole album, which is real hip-hop.  It also shows Jon Game’s skill as a beatmaker. Once the track ends, there’s a huge chance you will press the replay button.

Track number 2 features Double D and Aud, or collectively known as The Southies. Double D, who has also battled in FlipTop, spits his best verse to date. He clearly has a good command of the English language, and you can feel the intensity in his delivery. The verse fell off a bit in the middle though, when he attempted to rap double time. It would’ve been more effective if he placed the scheme in the first or last part of the verse. As for Aud, he proved in this track that he can spit the illest multi-syllabic rhymes. However, it got a little repetitive as the song progressed.

Minor flaws aside, The Southies still managed to shine, and their future projects are something to look forward to. Divergence also proved that Dosage is a versatile producer. Known for mostly dark and melancholic beats, Dosage stepped out of his comfort zone to create a livelier and equally incredible sound.

Gensan-based group Tugmang Krimen lets their presence known in KNTRLD, a tagalong song about staying calm despite the struggles in life. The beat is produced by Uprising’s Tatz Maven, who is also a Gensan native. Thanks to Tugmang Krimen’s undeniable chemistry, this song stands out from the rest of the Trap tracks in the country. It’s clear that they’re not representing Trap just because it’s popular, but because it’s their style. KNTRLD also further solidifies Tatz Maven as one of the top producers in the local scene right now. He knows how to produce a new school type of beat, and he does it well.

Another English track, this time from Zamboanga’s veteran emcees. Splatter Time features the Zambo Top Dogz spitting bars on an Army of the Pharaohs type of beat from Don Ramon. With their solid hardcore lyricism and delivery, there’s no denying why they remain to be one of the most respected crews in their hometown. The track is not without flaws though, particularly with the double-time verses. Some of them tried to rap too fast that their lines became hard to understand. It also lacked a few Horrorcore elements, especially for a song with the word “splatter” in it. Nevertheless, this tune is a great introduction to Zamboanga’s active hardcore hip-hop scene.

Davao’s Kalawakan Krew is in full effect in this sinister track produced by Tatz Maven. The emcees showcased their skills by beautifully combining abstract and Horrorcore lyricism. Its braggadocio concept may be played out in hip-hop, but the crew manages to make it unique. Another highlight of the track is Tatz Maven’s boom bap beat, which worked well with Kalawakan Krew’s brooding rhymes. The only flaw of Tahimik is its simplistic hook. If only they made it on par with the verses, then it would’ve been perfect.

Torch is performed by one of Davao’s most promising groups, Delinquent Society. Joining them is Iligan City’s Marshall Bonifacio, who you’ve probably seen in FlipTop. Despite being new to the game, Delinquent Society oozes with confidence as each member spit their fire verses. Just a few improvements in delivery and they will be a force to be reckoned with. Marshall Bonifacio undoubtedly has a strong pen game, but he needs to work on his flow further. There are a few instances where he mispronounced words, lessening the impact of the punchlines. He’s killing it in the battle scene, so it won’t be hard for him to level up in music. Lastly, shout outs to the producer for crafting a hard-hitting beat.

Gensan’s 851G impresses with Lihim Ng Kartero. What makes the track one-of-a-kind is its storytelling concept filled with symbolisms. Each emcee tells the tale of a messenger vividly, keeping you interested from start to finish. The song’s conclusion is well-written, and it will urge you to listen again for a clearer understanding of the story. It also has a brilliant chorus that is guaranteed to stay in your head for a long time. The beat is from Psykadelik of Davao, who has just started producing beats. While the instrumental suits the track well, it sounded a bit thin and the sample felt awkwardly placed. Thankfully, the creativity of the lyrics made up for it.

Instead of the usual braggadocio style, Rhyme Ballistics decides to rap about strengthening the local scene in this song called “N.A.H.A”. The first emcee has a generally positive vibe while the second one is more aggressive. They may contradict each other in terms of approach, but the duo still delivered a good Conscious Rap track. Props to them for paying tribute to KRS-One by chanting “Hip is for the knowledge and Hop is for the movement” in the chorus. Umbro’s beat and Jon Game’s scratches also gave N.A.H.A a more “hip-hop” feel.

After N.A.H.A’s uplifting message, expect to be shocked by this track from Dave Ill and Lumad, who represent Davao as well. Simbolo is an all-out attack on organized religion, and it’s certainly not for the faint-hearted. If you have an open mind, then you will appreciate the vivid imagery and menacing delivery of both emcees. Making Simbolo even more effective is Psykadelik’s production, which is a huge improvement from Lihim Ng Kartero. Songs like this are rare in Philippine hip-hop, so much respect to Dave Ill and Lumad for having the courage to speak their minds.

Lifelinez, the frontrunners of Leftfield hip-hop in Mindanao, join forces with Lumad to drop some abstract English verses in Sporadic Hieroglyphics. Psykadelik, who is also part of Lifelinez, serves as the producer, and just like Simbolo, he was able to create the perfect dark beat. Unfortunately, all of the verses didn’t sound natural. When writing their pieces, it seems that their only goal was to put as many deep words and obscure references as possible. There’s absolutely nothing wrong with expanding your vocab, but keep in mind that a song will only be effective if it comes from the heart (as cheesy as it may sound). Don’t let this criticism give you a negative look on Lifelinez though. Their other songs such as “Maitim na Paro-paro” and “Minamasdan ang Kalawakan” are classics.

Budvibes confidently spit their verses using his native dialect, and even if you don’t understand each word, it’s still a fascinating listen. Gahum proves that the Bisaya language is as powerful as Tagalog. As always, Tatz Maven’s beat is not only well-made, but it also blended perfectly with Budvibes’ sick flows. The music has the same vibe as KNTRLD, and it will surely create moshpits when performed live.

Battle emcee Ran continues to bust hurtful rhymes in Shots At Ya. His pen game definitely has potential, but he lacks assertiveness in this track. Most of his punchlines didn’t land because of his timid delivery. Since this is a battle-oriented song, it’s very important to go 100% on the microphone. Just look at Notorious B.I.G, Big L, Rakim etc. Apart from their clever lyrics, their aggression is what also made them top emcees. Once Ran learns how to spit lines with more confidence, he will go places. Dosage produced this song and just like Divergence, he departed from his usual production style. His beat has a “happier” feel to it, but it’s still perfect for a hardcore anthem.

Now, this is how you make a hardcore Tagalog Rap track. Subliminal is guaranteed to surprise you with his brutal lines and powerful delivery, reminiscent of Ghetto Doggs. Jungle Leaf’s instrumental also resembles old school Dongalo Wreckords, thus creating one of the best songs in the album. If you’re in the mood for some angry raps with sparks of leftfield lyricism, then Masamang Balita is worth checking out.

Militant Mind is very much similar to Splatter Time not only because it’s in English, but also because it verbally attacks commercial hip-hop and dirty politicians with a classic underground beat.  What makes this one different from the Zambo Top Dogz song is that the verses are more consistent. The emcees of Rebelation didn’t attempt to do fast raps, they stuck to their guns and were able to send a clearer message. The first and last verses are solid while the second one needs just some minor improvements in delivery and choice of words. Mind the Now unquestionably ends on a high note, thanks to this banger.

To answer the question in the opening statement, yes, this compilation album took Mindanao hip-hop to another level. It proved that the emcees and producers of the island are just as good as Manila’s best. The record also has something for every hip-hop head.  Whether you’re into boom bap, trap, or the unorthodox stuff, it’s all here. Some songs may have a couple of flaws, but they’re still far from wack. Mind the Now is worth checking out if you’re looking for some quality local music. You can purchase the album by clicking this link.