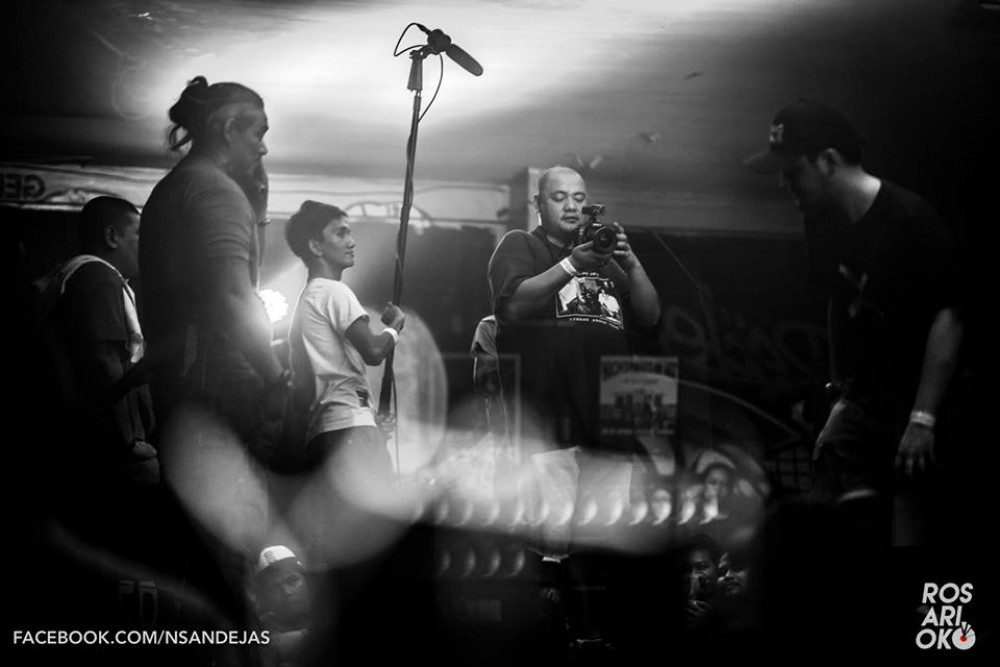 The first lesson I learned actually came from my first loss. Weeks before the match, I felt like I was the best emcee on Earth. All I thought of was hearing my name being announced as the winner. I was fresh from a 5-0 victory, so my confidence was at an all-time high. Fast forward to the event, it was time to add another victim to my list.

The crowd seemed to enjoy my bars in the first round. I finished my verse at exactly 1 minute, and I told myself “I got this!” My opponent started to spit his lines with a calmer delivery and a more complex rhyming style. I maintained my game face, but I couldn’t deny that his performance was dope so far. It went on until the OT round, and when Anygma finally announced the victor, I was shocked.

Everyone cheered loudly when my rival raised his right hand and began shouting out his homies. Of course, I was devastated, but it was at that moment where the truth slapped me in the face. In battle rap, there is no such thing as invincible.  No matter how great you think you are, there will always be someone who will humble you. I kept that in mind, and after four months, I decided to return to the ring.

You might think that my third battle was my redemption, but it wasn’t. I lost for the second time, even though I was fully prepared. That was when I learned lesson number two. I checked out my rhyme book and realized that I didn’t bring anything new to the table. I focused only on shock value punchlines, which made my attack predictable. From there, I vowed to step my game up in terms of writing.

Battle rap taught me something again on my hiatus from the scene. Back then, it was hard for me to construct a track despite having a solid concept. So when I went back to music, I was surprised that I wrote a banger in just 30 minutes. The time pressure I experienced in battling was vital in my songwriting. There were no deadlines whatsoever, but I still felt like finishing my verses and hooks asap. If it weren’t for battle rap, I probably would’ve continued slacking off.

My debut album has finally dropped. I didn’t really care about the sales or the reviews. I was just happy because my childhood dream of releasing a record came true. After rocking a few shows, FlipTop offered me a slot in their upcoming event. I missed being in the battle arena, so it only took me a few seconds to say yes. When I found out who my opponent was, I quickly picked up the pen and pad and wrote my material. I was still confident, but this time I had that “anything can happen” mentality.

With a more mature pen game, I was able to end my losing streak. It motivated me to become active in the battling scene again. Fellow emcees agreed with the result, but it was a different story online. Just hours after the match was uploaded, I saw hundreds of users disagreeing with the judges’ decision. It got to the point where they would send derogatory remarks to my Facebook account. They said some really nasty stuff.

Did the hate messages consume me? Did they force me to leave the scene for good? They didn’t. Instead, I learned another important lesson: not everyone will dig your style. All you can do is keep going even if there’s only a few who will understand you. That’s just how it is. The hatred eventually subsided, and I was offered another potentially epic battle. It was against a heavyweight emcee who I consider to be one of my influences.

I was disappointed when my next opponent wanted our bout to be promo. What was the point of competing if there’s no clear winner? Despite of the disagreement, I still accepted the challenge because it’s a once-in-a-lifetime opportunity. I’ve been following his battles for years, and we both have the same approach. In my mind, it’s a dream match waiting to happen.

Fans in attendance witnessed a 10-minute barfest. We exchanged our most ruthless lines to date, and we were more aggressive than ever. I also did a little experiment with my flow. I proved to everyone that I was capable of rapping at a quicker pace without abandoning the quality of my rhymes. In the end, it didn’t really matter who prevailed. Our performances were enough to make the match a classic. That was where I learned that battle rap is not just about wins and losses. It’s about putting on a good show and giving your 100%. Basically, it’s no different from performing your tracks on stage.

Being part of battle rap is something that I will never ever regret. It helped me improve my skills as a rapper and inspired me to branch out lyrically. I wouldn’t be the emcee I am today if it wasn’t for this artform. As time went by, it also told me to chill out for a while and give way to the new generation. Some heads continue to look down on battle rap, but once they’ve experienced it, they will surely appreciate its positive influence on the local hip-hop community.